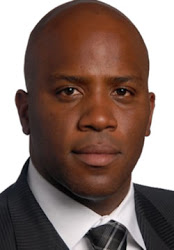 Chris currently is a Sports Announcer for CBS Sports. Chris brings over 20 years of coaching experience and an extensive network of contacts nationwide when it comes to sports and media. Recently, Chris founded Inside Coaches Inc, with Brian Blackwell. InsideCoaches.com is a social networking site tailored to coaches to help them enhance career as well as expose them to various networks and opportunities to develop as people.

After a stellar prep career at Houston Milby High School, where he was a Converse All-American and an All-State and All-Greater Houston selection, Walker went on to Villanova in 1988 to play for head coach Rollie Massimino.

As a player, Walker started 96 games at point guard and helped the Wildcats make two NCAA Tournament appearances and two NIT appearances. At the time of his graduation, his 404 career assists ranked seventh on the school's all-time list and his 185 career steals ranked fourth. A two-time All-Big Five selection, he also competed in Russia and Finland, while representing the BIG EAST All-Stars.

In 2013, he was Head Basketball Coach at Texas Tech in Lubbock, Texas. He has coached three NBA first round draft picks. At Villanova, Walker was responsible for on-court teaching and development, recruiting and scouting, when the Wildcats went 46-20 with a pair of trips to the NCAA Tournament. He helped lead Villanova to its best start in school and BIG EAST history (20-0) and eventually earn a No. 2 seed in the NCAA Championships. Walker helped recruit the No. 2 recruiting class in the nation.

Born on Christmas Day, Walker graduated from Villanova in 1992 with a Bachelor of Arts degree in communications.